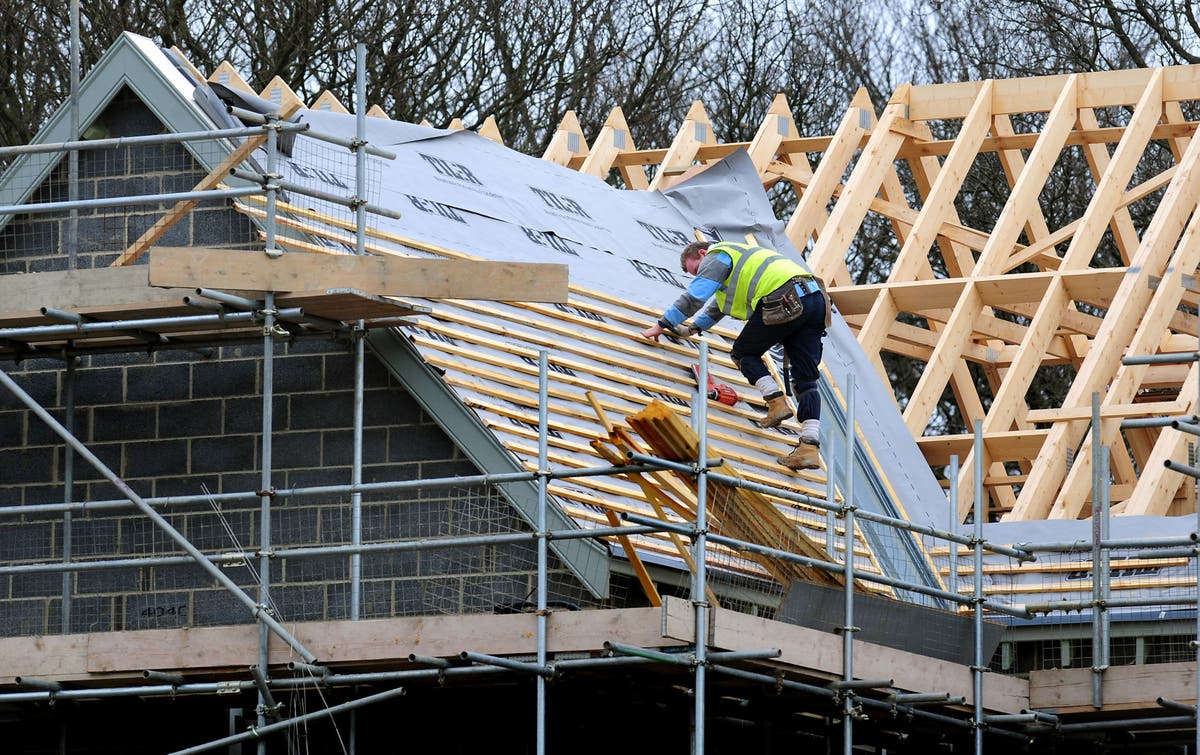 The building permit process is too slow to meet the housing objectives MPs said when they asked ministers to release evidence of 300,000 houses being built a year.

The Commons Housing, Communities and Local government The committee said a “carrots and chopsticks” combination was needed to speed up the process and the government should set deadlines for starting work on developments once approval has been given.

In a report released on Thursday, MPs criticized the proposed reforms to the planning process, saying they were not convinced the proposals would produce a cheaper, faster and more democratic planning system.

They said more information is needed about the government’s ambitions to build 300,000 houses a year.

The government’s goal of developing a planning system that will allow buildings to be built faster … is to be welcomed, but it is far from clear how the current proposals will achieve this

The government committed to that number ahead of the December 2019 elections with the aim of building at least one million new homes by the end of the current parliament in 2024.

But the committee said it was “an immense challenge” and the last time this was accomplished over six years ago in the 1960s.

Views were divided as to whether the goal was realistic. The Adam Smith Institute told the committee that 500,000 or a million homes would be needed a year, while the charity Civic Voice said the goal would be supported.

The committee’s report added, however, “Other submissions said the figure of 300,000 was ‘non-evidence’ or ‘arbitrary’.”

Committee chairman Clive Betts said, “The government’s goal of developing a planning system that will allow buildings to be built faster and with greater input from local communities is welcomed, but it is far from clear how the current proposals will achieve this.

“We also need a lot more information about the government’s goal of building 300,000 homes each year – as well as the changes to the housing formula announced last December.”

The committee heard evidence from a number of witnesses expressing “skepticism … about the validity of the 300,000 unit target,” which the committee report deserves a “straight answer”.

The report added, “There is also skepticism that the target can be achieved” as between one and 1.25 million building permits would be required annually to meet the target.

MPs heard evidence from developers Barratt Philip Barnes, director of land and planning for the group, said the biggest obstacle to construction is the planning system.

Real estate agent Savills said “The bottom line is that we do not see the planning system as the biggest barrier to housing provision in England” but permits have not been granted in the right areas to meet the need.

The report said, “The government should publish the evidence base for its goal of 300,000 housing units per year and how to achieve that goal in terms of both tenure and location.”

Labor MP Betts added: “Of course, planning has far-reaching implications beyond housing construction. There were many issues that were not addressed in the government’s proposals – including the impact of the changes on the leveling agenda, the economic recovery from Covid-19, and the environment.

“We ask for further information and advice on all of these areas.”

A Ministry of Housing A spokesman for the municipalities and local government said the conclusions were “speculative” as a consultation on housing construction was still ongoing.

They said: “As the report rightly points out, the planning system needs improvement and our reforms will mean a faster, more efficient and less bureaucratic planning system so that we can build much-needed houses across the country.

“The local people and quality design will be at the center of these changes while protecting our heritage and our green spaces.”